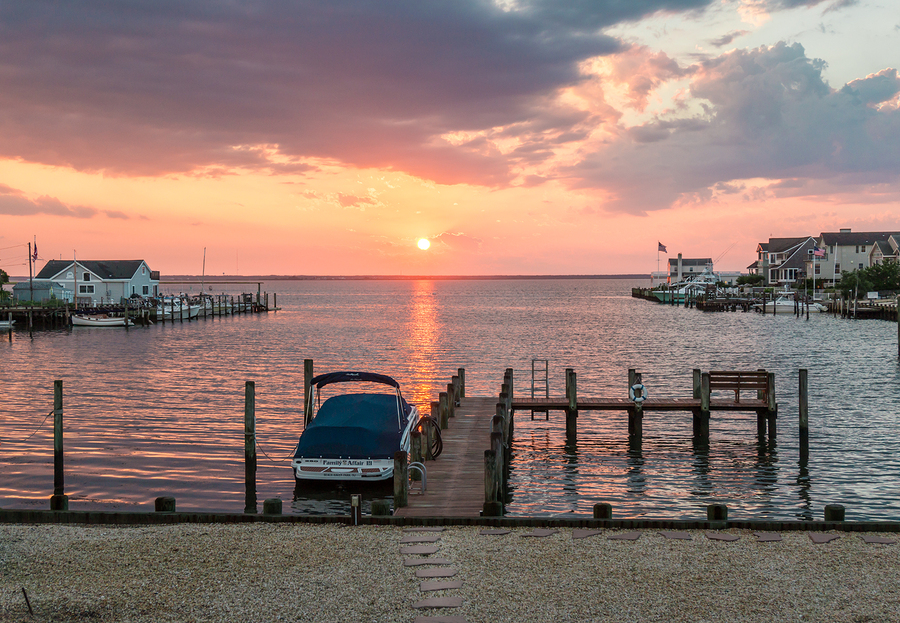 Sport fishing, also called recreational fishing, is the term for fishing for pleasure or competition rather than profit or subsistence. Most sport fishing off Long Beach Island and around the world takes place with a rod, reel, line, hooks and bait, which comes in a variety of forms including lures. A subset of sport fishing, called big game fishing, specifically refers to catching large open-water species, such as tuna, sharks and marlin, from boats.

Anglers leave port from Long Beach Island year-round and experienced captains provide tourists with a variety of local favorites including:

Striped Bass
The striped bass, also called Atlantic striped bass, striper, linesider, rock, or rockfish, is primarily along the Atlantic coast of North America. Due to their significant value for sport fishing, striped bass have been introduced to many waterways outside their natural range. A variety of angling methods are used to catch stripers, including bait casting with clams, eels, sandworms, herring, mackerel and more.

Flounder/Fluke
The summer flounder is a marine flatfish that is found in the Atlantic Ocean off the East coast of the United States and Canada. Also called a fluke, the summer flounder is typically caught while drifting in a boat or casting from shore using a wide variety of methods which include live or cut baits on a bottom rig, artificial lures, or weighted jigs tipped with strip baits. It is considered an excellent food fish with firm, mild tasting white meat.

Bluefish
The bluefish is a highly sought-after sportfish that is found around the world in temperate and subtropical waters, except for the northern Pacific Ocean. Adult bluefish are strong, aggressive, and live in loose groups. They are fast swimmers and should be handled carefully due to their history of snapping at unwary hands.

Weakfish
The weakfish is a medium-large, slender, marine fish, it is found along the east coast of North America. The origin of its name is based on the weakness of the mouth muscles, which often cause a hook to tear free, allowing the fish to escape. Count yourself lucky if you are able to bring one of these back to dock!

Blowfish
Although many pufferfish species are toxic, that is not the case for the northern puffer. Considered a delicacy in North America, the northern puffer is one of the nontoxic puffer species in a genus that contains some of the most poisonous vertebrates in the world.

Tautog
The tautog or blackfish, is a species of wrasse native to the western Atlantic Ocean. Popular among fishermen, tautogs have a reputation for being a exceptionally difficult fish to catch in part because of their preferred habitat and also because fishermen must wait for the tautog to swallow the bait before setting the hook. Seasoned recreational fishermen can be a good source of instruction for novices learning the ropes of tautog fishing.

Seabass
The black sea bass is an exclusively marine grouper found more commonly in northern than in southern ranges. They can be found in inshore waters (bays and sounds) and offshore in waters where they spend most of their time close to the sea floor. Black sea bass typically congregate around bottom formations such as rocks, man-made reefs, wrecks, jetties, piers, and bridge pilings.

Bluefin Tuna
Atlantic bluefin tuna is native to both the western and eastern Atlantic Ocean, and may exceed 990 lb in weight, rivaling the black marlin, blue marlin and swordfish as the largest bony fish. Throughout recorded history, the Atlantic bluefin tuna has been highly prized as a food fish and is the foundation of one of the world’s most lucrative commercial fisheries. Medium-sized and large individuals are heavily targeted for the Japanese raw fish market, where all bluefin species are highly prized for sushi and sashimi.

Before you book a charter or sport fishing trip, confirm that the proprietor is in compliance with all International Game Fish Association (IGFA) rules and regulations including licensing restrictions and laws that limit the way in which fish may be caught. Regulations notwithstanding, voluntary catch and release fishing as a means of protecting and sustaining game species has become an increasingly common practice among conservation-minded recreational anglers.

Fall at the NJ Shore - crisp and…

The Spic and Span Details Matter As a… 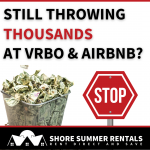 Are you spending thousands on Airbnb host fees?… 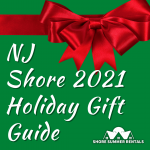 Looking for the perfect gift guide? Look no… 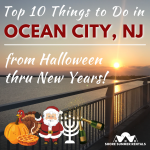